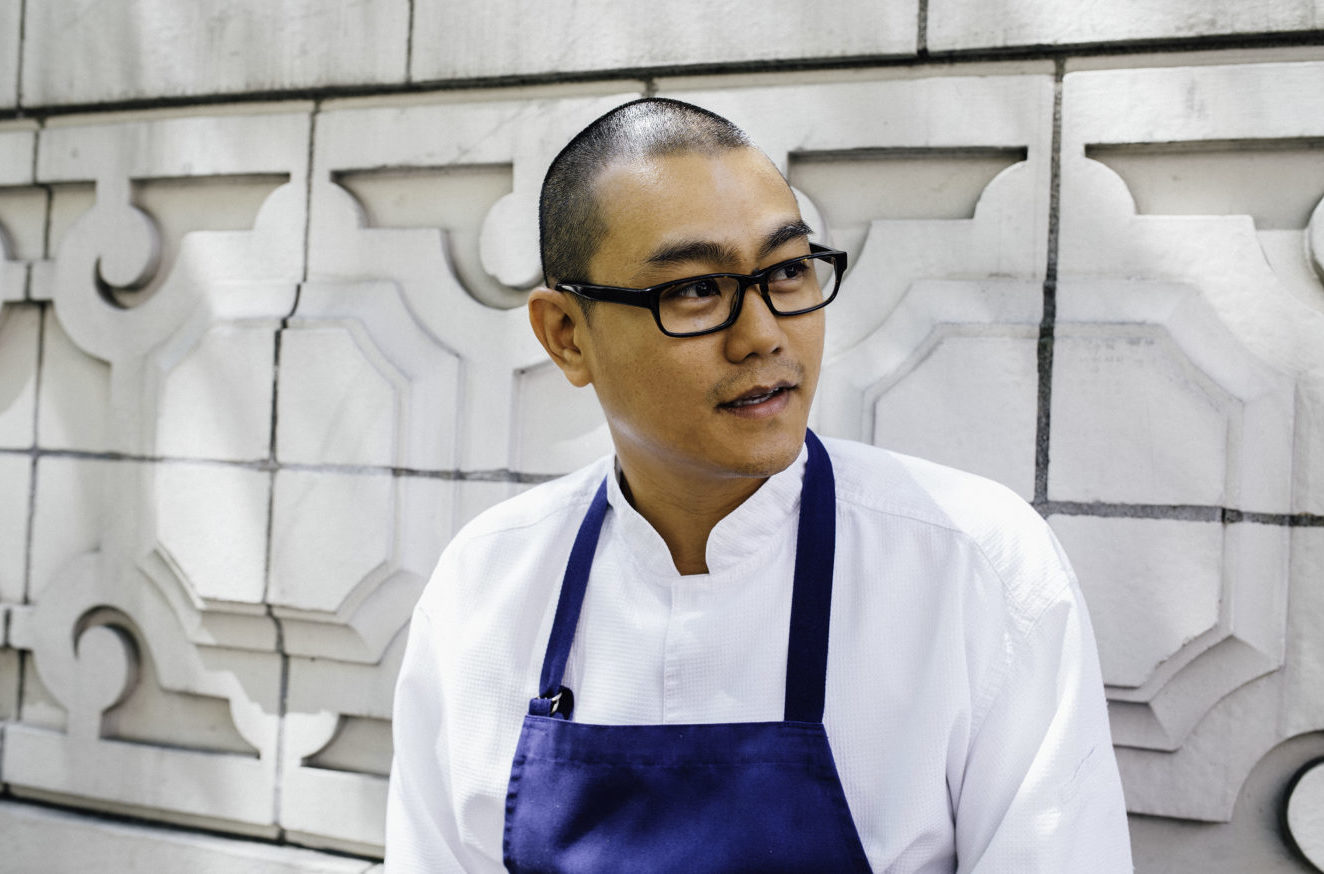 Crowning the King of Produce

It’s pretty obvious that Chef Varin Keokitvon knows his way around fresh produce. This is the man responsible for fermenting his own black garlic, poaching quince for a bevy of seasonal desserts, and the very funky roasted asparagus with fermented black bean chili making an appearance on the menu. 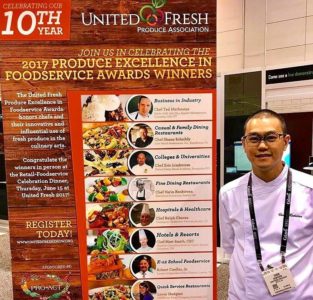 Varin in Chicago receiving his award.

Chef Varin was gaining renowned for his obsession with produce and was recently awarded the Produce Excellence in Foodservice award for Fine Dining Restaurants from United Fresh.

“I suppose I treat produce with respect, and maybe use it in multiple ways,” says Chef Varin of what makes him unique.

That, and his commitment to community service is what landed him the produce excellence award this year. Each nominee is judged on four criteria: creativity in the use of fresh produce in concept development and menu design; knowledge and use of proper fresh produce handling procedures; produce-related outreach or special events, such as community service projects and local educational outreach; and recognition among peers and/or by their company.

According to Miriam Wolk, vice president of member services for United Fresh, the selection committee was especially impressed with Chef Varin’s creativity and his service to the community.

Evidence of that creativity can be found on the Heartwood Provisions menu.  Showing his love for seasonal produce on the Heartwood menu, you will find morels, ramps, English peas, a porcini custard and so much more freshness.
All of which makes it very clear just why our own chef has become the king of produce.