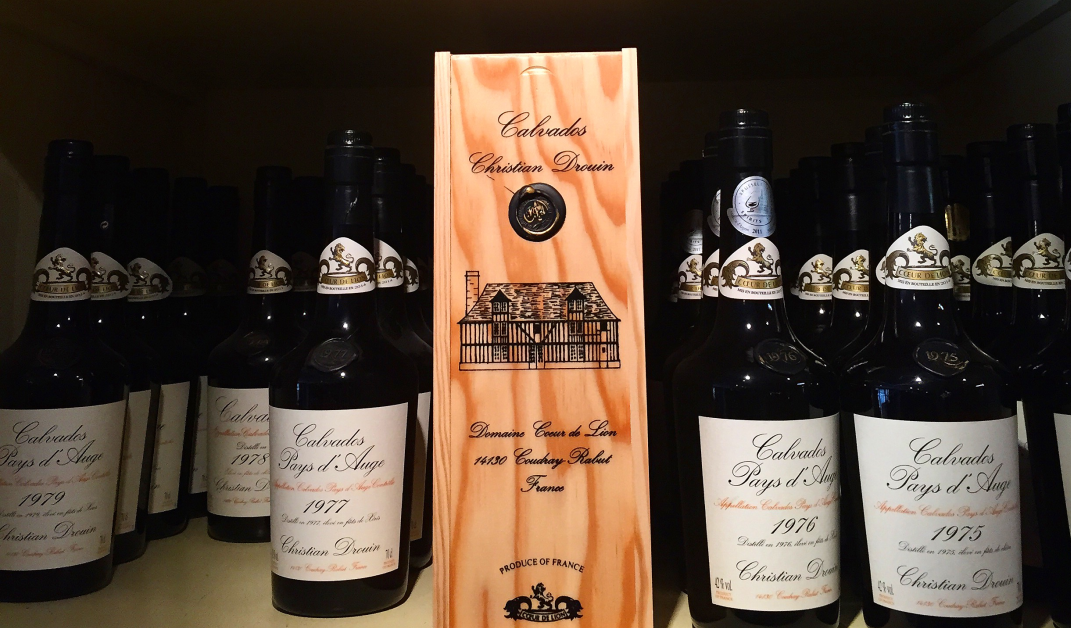 Calvados Travels in Normandy, France
Inspiration for menu items at Heartwood Provisions comes from more than just the pairings and the seasons: For both our chef and Beverage Director, Amanda Reed, alike it also comes from travels. And when you win a Hennessey Cognac cocktail competition—as happened to Reed—and get sent to Cognac, France, you come back bubbling with ideas.
Reed parlayed the trip into an opportunity to explore other great French beverage regions, including Normandy, home to the “three Cs”: cider, cheese, and Calvados. She tells us about her experience, and the cocktail it inspired.

Reed: “Normandy is home to Calvados, a double distilled, oak aged, apple or pear brandy that is protected and regulated under France’s appellation d’origine controlee (AOC). Pays D’Auge produces some of the highest quality calvados, and a fellow bartender and I wanted to explore the region and further our knowledge by seeing the production firsthand. So, we made appointments at some key distilleries, including at Christian Drouin. 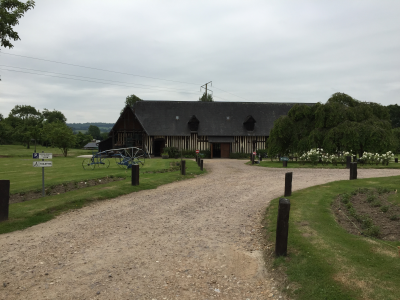 “The farmhouses-style facility is set among the rolling green hills of the region. As Guillaume Drouin, the current owner and grandson of the original owner, gave us a personal tour we learned that even before the family purchased the property in the 1960s calvados had been produced on site. So, they took the juice that was already in barrels and began producing a vintage calvados for all the back vintages, from 1939 to the present, with the exception of the WWII years when the facility instead housed American soldiers. 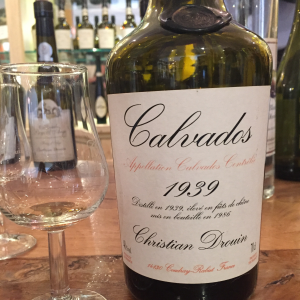 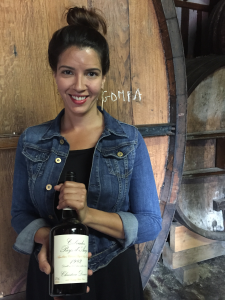 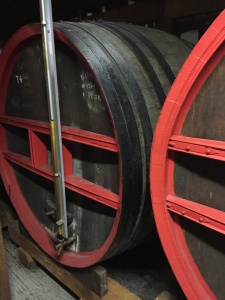 “Each vintage is finished in a different kind of cask—from late harvest wine casks to former fortified casks, such as those used to make port, madeira, and sherry. While cask aging is common with scotch and rum, I’m not sure anyone was doing it when Drouin started. 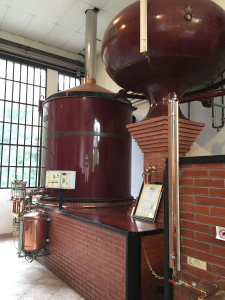 “Next we moved on to the amazing grounds of Chateau du Breuil, and then Domaine Dupont. Dupont has a tasting room open to the public, but the distillery doesn’t take appointments. Still, we made the trek, and we got lucky. In the tasting room, our knowledge and questions cued them in that we were in the industry, and the owner ended up giving us a private tour.

“While Domaine Dupont is among the better known calvados and cider producers in the American market, they still have a very small operation. Longtime cattle farmers whose history on the property goes back three centuries, and who made calvados and cider here just for local consumption, the family only began making calvados and cider their primary focus in the 1980s.” 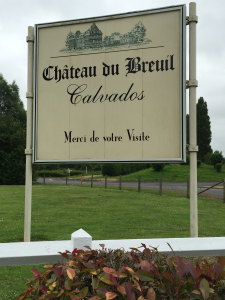 “Our travels also led us to the infamous local cider route, with its producers big and small, as well as home producers. While we had little time to explore, we did stop at one house where a little old woman escorted us to the basement where her calvados and cider were kept. We purchased a bottle each of each, and polished off both that night. 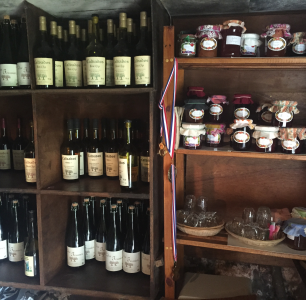 “Calvados has become a personal staple and will be used often on Heartwood menus. In the fall and winter it’s great with ingredients such as ginger, vanilla and cinnamon. In spring and summer I like to lighten it up by mixing in herbaceous liquors such as yellow chartreuse or gran classico, or by using fresh herbs like basil, thyme and rosemary. Calvados is a beautiful base for cocktails, and of course also delicious just to sip on it’s own.”

Here is one of Amanda’s latest concoctions.

Combine ingredients in a container with a tight lid. Shake vigorously until the honey is dissolved. Let the tea steep for 20 minutes. Fine strain to remove tea. Allow syrup to cool before mixing.

Combine ingredients in a mixing glass with ice. Stir and strain into a rocks glass over a large ice cube. Garnish with a lemon twist.