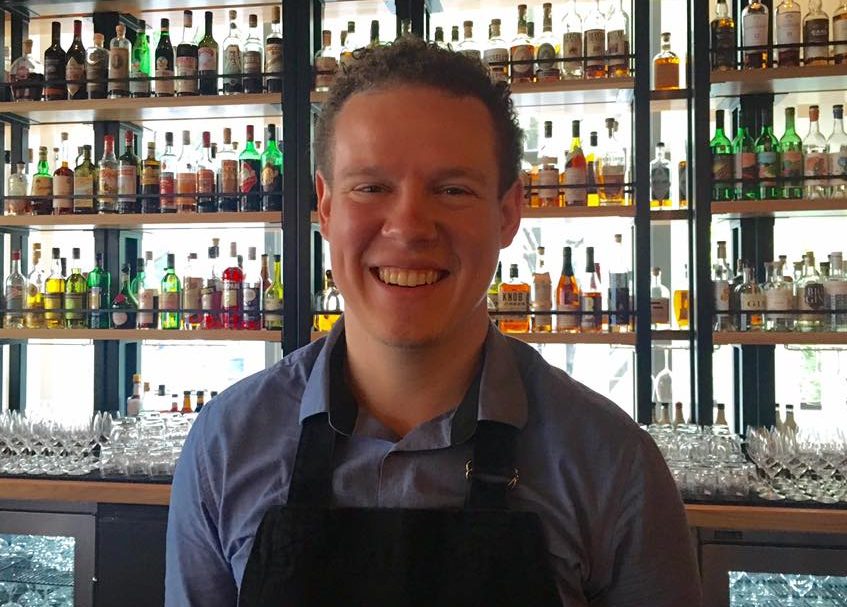 Tales of the Cocktail Apprentice with Elias Shyne

Not just anyone gets the chance to batch more than 1,500 cocktails in one day at the world’s largest cocktail event, Tales of the Cocktail, but Heartwood Provisions bar team member Elias Shyne is not just anyone. He was one of just 40 bartenders called up as Tales of the Cocktail apprentice this July. He batched cocktails for seminars, events and learned from some masters.

Tales of the Cocktails in New Orleans, LA, started as a gathering of friends. Over 14 years it has become the world’s premier cocktail festival. Today, the nearly week-long conference features hundreds of seminars and events for bartenders, distillers, and spirits professionals. As the conference has grown, there are as many as 60 seminars per day, most featuring multiple cocktails. Several years ago organizers developed the Tales of the Cocktail Apprentice Program—CAPs.

According to Mike Ryan, manager of the CAP program, it’s a strenuous application process. There’s a personal essay. Applications are anonymized to remove personal and demographic information. “We’re really trying to asses a few things: Are they going to show up for work, on time, work hard, do they have passion, and is this something that will benefit them?” says Ryan. “It’s not for the well-established. This is for those just getting started.” Alumni of the program see real dividends in their careers, he says.

Once at Tales CAPs don their red coats, are split into teams in order to expose them to people from all around the world. They have the opportunity to batch between 365,000 and 400,000 cocktails. Shyne was thrilled he was accepted as a CAP. Working under  Antonio Lai, of Hong Kong’s Quinary, VEA and Origin; he got the kind of hands-on education possible nowhere else. “My team leader owns a bar in Hong Kong that does something similar to Heartwood Provisions—cocktails paired with food—and I’d never heard of anyone else doing this, so it was cool to pick his brain” says Shyne.

On the one hand, there was the programming to learn about. It’s a well-oiled machine, so organized and intricate. During a seminar a CAP had be dialed into the minutiae such as whether a lemon peel was to be in the glass or expressed and discarded. The very second a cocktail had to be delivered during a power point presentation.

On the other, there was the enormous scale. “One day we made 1,500 cocktails and had 750 spirit tastings,” says Shyne. “Had you said those numbers to me before the program I wouldn’t have had any idea of what you needed to do to make cocktails at that scale.”

And then, there were the moments when big numbers met intricate detailing, such as the time they made egg white cocktails for 215 people. The kitchen team had to send the CAPs egg whites in large buckets on ice, which the redcoats then aerated. “The techniques that were utilized were interesting. At that scale making something so complex was cool.” 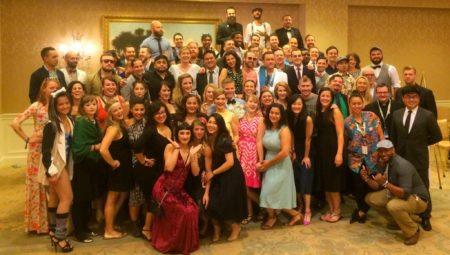 While Shyne says most of what he really learned was about efficiency and bar management, he also got a little cocktail inspiration. A fernet the team was batching was so delicious, it inspired him to come up with his own house-blended amaro cocktail. We’re hoping to see it on the Heartwood menu soon.