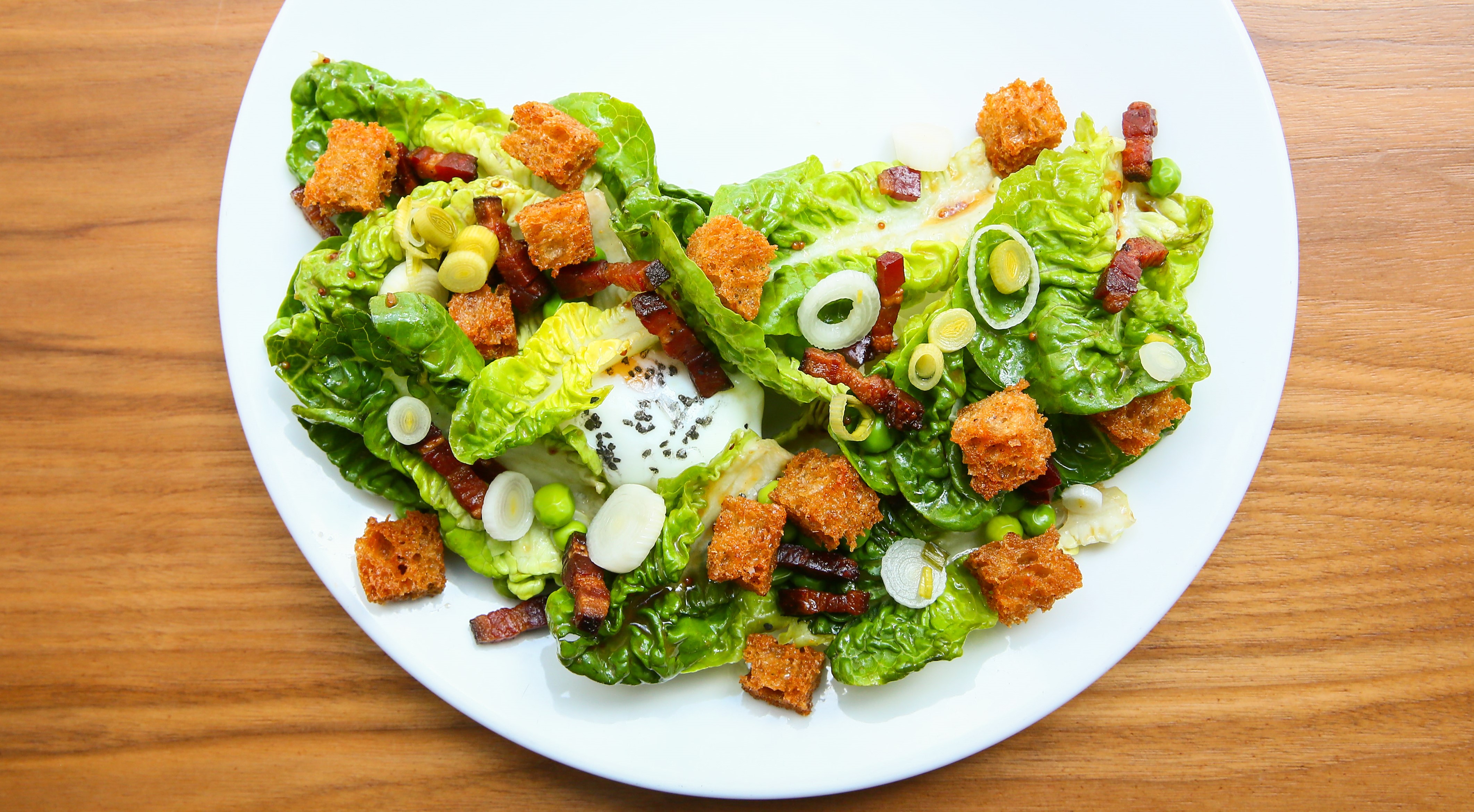 The weather may change, but the need for a great vinaigrette does not. In fact, what is so incredibly cool about vinaigrettes is just how nimble they can be, says Chef. In summer, you might use citrus on raw fish; come winter that could switch to spices instead.

There’s always a vinaigrette—or three—in play at our downtown Seattle restaurant. Take the gem lettuce salad, with its roasted squash, bacon lardons, pepitas, and maple-chili vinaigrette, for example. Or how our salad featuring roasted beets, burrata, blood oranges and a pistachio praline sing beneath a Campari vinaigrette, perfectly matching the blood orange taste.

How to Make a Broken Campari Vinaigrette

To make the vinaigrette dressing that graces beets and burrata at Heartwood Provisions, Chef first reduces Campari by half. Then, adds champagne vinegar to thin the Campari reduction back out. At this point, the concoction is wonderfully bitter and full of aromatics like bitter orange and vanilla. Then, adds the olive oil to soften and meld flavors, bringing the entire dressing into cohesion.

Another cool thing? This is a broken vinaigrette—it must be shaken before each use.

While most vinaigrettes are temporary emulsions that hang together for a period before separating again, this one stays broken. “You shake it in a squeeze bottle and it comes together for a second, but then it separates again,” explains Chef. “It looks cool, and it’s a lot like having a great olive oil and a standalone great vinegar.”

Art of the DIY Vinaigrette Recipe

As for mastering the vinaigrette at home, don’t be afraid to riff on the masterpieces. The simple oil-and-vinegar vinaigrette recipe may be the most basic, but it’s also the most classic. To add flair or take it in another direction, play with vinegar and oil choices. Subbing in an arbequina olive oil from Spain but keeping everything else the same, for example, can change the most elemental vinaigrette dramatically.

No matter whether you’re going for a classic emulsified olive oil vinaigrette or a dramatic broken vinaigrette with a Campari reduction, Chef encourages playing with dressings and tailoring them to the seasons. And, putting a small amount in your ice cream.