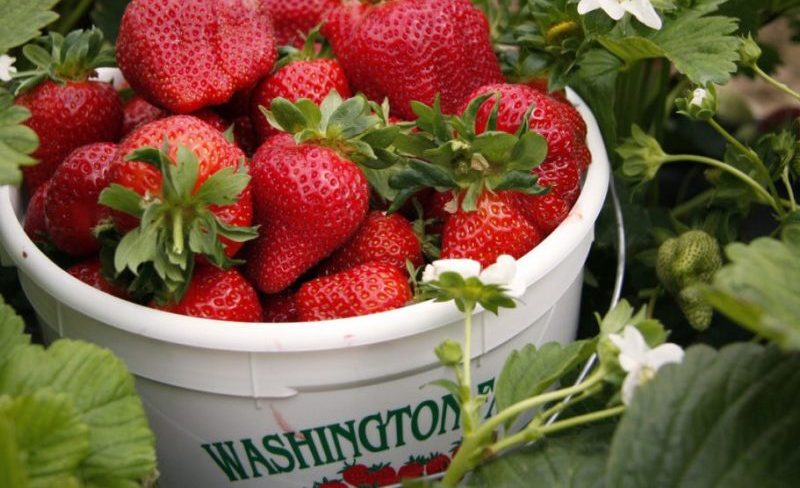 The Mystery of What Makes Washington Strawberries So Sweet

Strawberry season has arrived at Heartwood Provisions and everyone is in their happy place. Behind the bar, the team is shaking up batches of a brandy and beer cocktail with savory strawberries invented by Bridget Maloney called “Oh Darryl.”  And in the kitchen Chef Varin is dreaming of shortcakes and salads.

“There’s something different and special about Washington strawberries,” says Chef Varin. “There isn’t that hole in the middle of the berry, and the stem seems to sit atop the fruit rather than be settled down and in.” 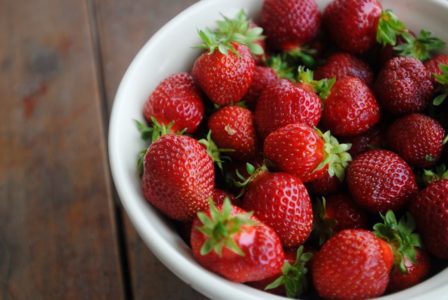 So, what gives Washington strawberries such sweetness and perfume? According to the experts, it’s a combination of the type of strawberry—the cultivar—that’s being grown, and the fact that the berries are local.

Local-harvest makes for fresher, riper berries, while the cultivar issue accounts for a lot of the sweetness. According to Lisa Wasko DeVetter, Assistant Professor of Small Fruit Horticulture at the WSU Northwestern Washington Research and Extension Center, Washington is home primarily to two types of berries: the “day-neutral” strawberry and the “June-bearing” strawberry. Day-neutrals were designed to produce continuously spring through fall, regardless of how much sun they get. On the other hand, June-bearing cultivars, such as Hood, Tillamook, Totem, and Rainier produce just one large crop each year in late spring to early summer. As a result, they are known to be especially aromatic and flavorful. June-bearer fruit tends to have more internal color, making them great for long-term freezing, making jams, and preserving, provided they last that long. They also tend to be softer. “They melt in your mouth!,” says DeVetter.

As for why Washington strawberries are less hole-ly, that’s due in large part to the more diminutive size of June-bearers, says DeVetter. Holes are more common in larger fruit, such as day-neutrals.

In Washington, June-bearers typically ripen in May and June, but as a result of this spring’s early warm weather the crop started coming in about two weeks early. Get them while you can, although the day-neutrals aren’t far behind.

At Heartwood Provisions we’re taking what Mother Nature has offered up (early) and making the most of the sweetness at hand. In addition to a simple dessert, like a strawberry shortcake, Chef Varin is dreaming up a savory-sweet riff on strawberries and cream—think a sweet caprese made with mozzarella cream, strawberries, basil, and sherry. Meanwhile Beverage Director Amanda Reed and the bar team are shaking up Oh Darryl’s as fast as they can.

In between visits to Heartwood for an Oh Darryl and strawberry caprese, Chef Varin recommends sitting down with a pint of Mt. Vernon berries and a ramekin of tangy crème fraîche. The sweetness of the berry will be heightened by the tang of the cream. 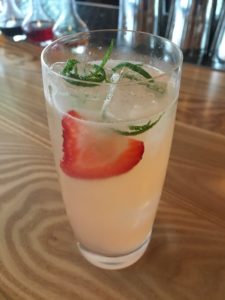