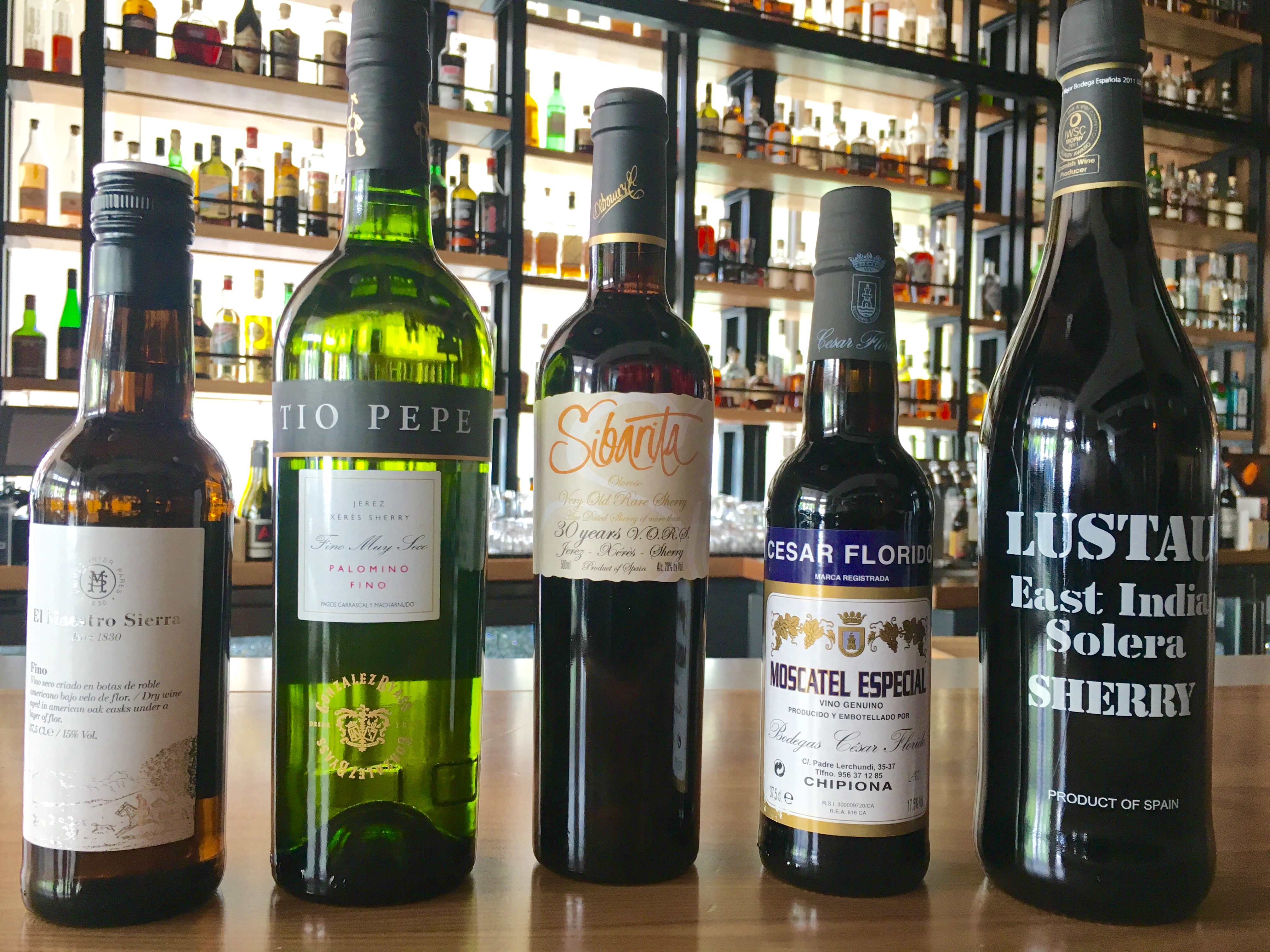 Sherry Gets its Due

It’s four in the afternoon, the sun is dusty hot in the sky overhead, and we’re drinking sherry.

No, we’re not on the porch and in our cream-sherry-cups with grandma . The idea that sherry is sticky, sweet, and outdated is like saying beer is for beards. No, this sherry is pale, and dry. It reminds us somehow of oysters.

Sherry, the pride of Spain, comes in a range of flavors from bone-dry and slightly salty to black as molasses and chocolaty. Making it is nearly as complex as making Champagne. While it begins as a dry white wine, sherry is then fortified by adding a mixture of mature sherry and grape spirit. For the dry sherries—categorized as fino—a film of sugar-eating yeast known as flor is allowed to grow atop the wine, which prevents it from oxidizing. The driest finos are the light, salty manzanilla and the tangy, pale fino, both of which are best served fresh and cold. Less dry, and with a nutty flavor, is the amontillado—an aged fino that is allowed to oxidize slightly and is often blended with a bit of oxidized sherry. Alternately, no flor grows on the three oloroso-type sherries—cream, oloroso, and Pedro Ximénez. As a result, these wines become rounder, richer, and sweeter. 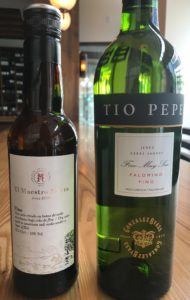 Fino or oloroso, all sherry is aged in a solera system, wherein the wine is placed into barrels and set aside for a year. Then, over a period of years, the wine is progressively blended and aged with wine from older barrels, until what emerges is one sherry made out of many different vintages.

Beverage Director Amanda Reed explains why she’s such a fan, and why sherry plays such a prominent role at our downtown Seattle restaurant.

Amanda Reed: Pairing is a big part of the reason there is such a presence of sherry on the menu here. There’s a huge Spanish influence in Chef Varin’s food, and sherry pairs perfectly with dishes that contain brine and salinity. Anything with raw fish, cured meat, or olives is just that much better with sherry, or a sherry cocktail, by its’ side.

Beyond that, though, I love the diversity of sherry. The production and flavors vary greatly. You have fino, a style that is not exposed to oxygen and that drinks more like white wine—bone dry, salty, savory with high acidity. Then you have Pedro Ximénez—or PX. The grapes for this wine are picked late or sun-dried for much higher sugar levels. The resulting juice is only capable of partial fermentation—no flor here. PX is very molasses-like in flavor and texture, with rich notes of chocolate, coffee and butter cream.

While I’m typically an equal opportunist, I must say I am a sucker for the fino Palo Cortado. Not only is the sweetness and nuttiness so in balance, it’s also this kind of freak of nature—it’s a dry amontillado that somehow takes on the body of an oloroso. That makes me appreciate it that much more.

Sherry may be delicious alone, but paired with cheese it is one of my all time favorite food-and-beverage combinations. I really enjoy trying different combinations of the two—a bone-dry fino and a piece of fresh manchego is a typical example, but what about PX and a two-year-old manchego? This has become a hobby for me. I get such sanctification when I find that perfect pairing.

Outside of the restaurant, the one piece of advice I’d give anyone buying sherry is to remember that it is a wine. One of the most common mistakes people make is to treat sherry like a spirit. Like any wine, it will begin to deteriorate once opened, so refrigeration is key to preserving it. As a rule of thumb, the drier the sherry, the shorter it’s lifespan.