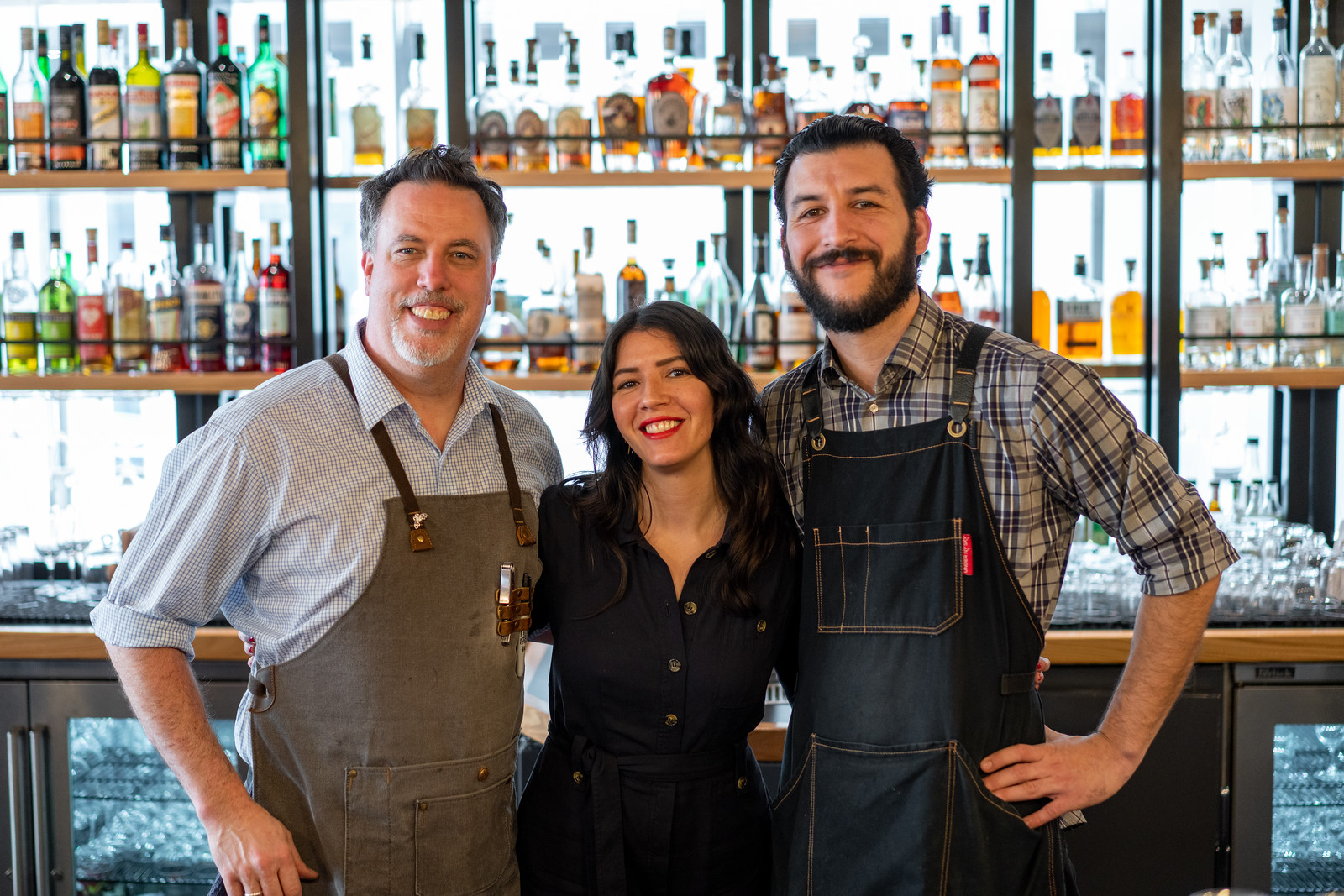 “I’ve worked with these two for years and have really watched them grow and evolve their knowledge, skill and craft. Although they are both talented behind the bar, their ultimate motivation is to provide their guests with great service, making them well-rounded bartenders and a pleasure to work with.

Michael is exceptionally skilled at creating an “experience” for his guests. The Abuela’s Marmalade is a great example of Michael’s hospitality and showmanship. His cocktails are designed to trigger all your senses. His passion and genuine disposition keep his guests coming back and wanting more.

Andrew is an artist and a natural when it comes to crafting drinks. He has so much raw talent; he effortlessly blends flavors that one would never guess would be compatible, making some of the best drinks you have ever tasted. The Milk Punch is a great example—who knew Apple Jacks cereal could be the garnish on a well-balanced tiki cocktail? Above all, he loves people and aims to bring smiles to their faces.”

Michael: “My Abuela’s Marmalade cocktail was inspired by local honey and my grandmother’s marmalade. It’s a lovely balance of sweet and sour with some subtle notes of floral and bitter. It’s prepared in a honey jar, garnished with an orchid that I spritz with citrus chamomile tea and Patrón Silver infused orange flower water right before the first sip. I created this cocktail for the 2019 Patrón Perfectionist competition. It took me to the West Coast national finals in October 2019, and in January 2020 I went to Guadalajara Mexico at Hacienda Patròn to compete in the global finals. With 5,000 competitors, is was a great honor to compete against the world’s top 20. It was amazing, and it changed the way I make cocktails forever. I am so happy I have the chance to bring it back to Heartwood and serve it for our regulars and cocktail geeks alike.”

Andrew: “Milk punches are one of my favorite cocktails. The recipes are endless and unique to its creator. The one I have crafted highlights and plays on the heavy influence of calvados (an apple brandy) that’s seen on our menu. I chose the Apple Jacks garnish because it was playful, worked well in the cocktail and it is my go-to cereal at home. Drinking this punch brings that nostalgic feeling of being a kid again.”

We are honored to participate in Seattle Cocktail Week and enjoy the events, workshops and specially crafted cocktails in the city. Starting March 1 to March 8, join Michael, Andrew, and our bar team to enjoy one or two of these innovative creations.