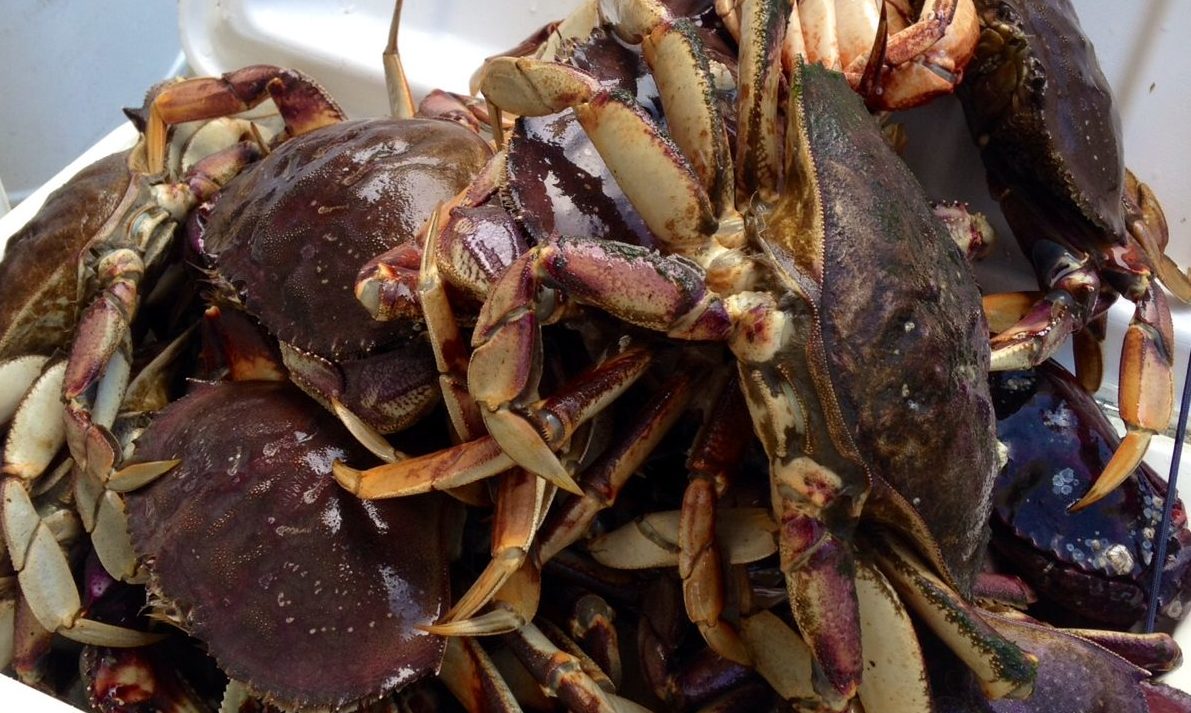 Chef Varin Keokitvon has his pots in order. His crab pots, that is, with crabbing season now open in Puget Sound. The funny thing is, Chef can’t even eat crab—he’s allergic to the shellfish. And yet, that doesn’t stop him from crabbing. 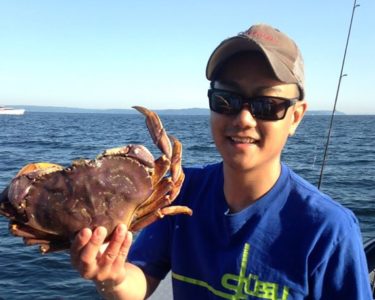 Chef Varin: I catch crab for everyone else. I just think it’s fun. My buddy has a boat and we go out and drop traps, and then we fish while we wait. The great thing is, you don’t have to have a boat to crab. You can just go off the docks, anywhere in Seattle—up at Shilshole Bay, over at Alki, even right down on the Seattle waterfront. It’s pretty cool—and all you need a trap, or a ring trap. It’s super simple and a good way to get the family involved.

Maybe I can’t eat it, but that doesn’t stop me for catching crab for everyone else. I miss crab. I love that there are so many different types … horseshoe, hair, Dungeness, snow, king … And I’ve eaten so many varieties—snow, stone, Jonas, king, Dungeness—although all the ones I’ve eaten have been from U.S. There are weird types in Asia and South America I haven’t tried. It’s a cool little creature.

The thing about being allergic to crabs is I know what I’m missing. I didn’t develop this allergy until 10 or 12 years ago, which was terrible because I knew by then how sweet and delicious they are. 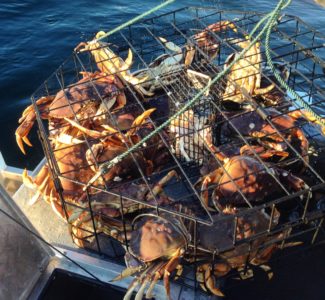 Not being able to eat them doesn’t keep me from catching them, or thinking up different ways to prepare them. Pretty soon, we’ll put some sort of a crab salad on the menu. And, I want to make a custard with crab if possible. For Heartwood Provisions, I’m also likely to make some sort of a crab-lobster-roll, although not on the traditional bun. Think a deconstruction of the lobster roll, made with some of the sweet Washington Dungeness crab, or the big chunks of king crab.

One thing most people miss out on,  is a different kind of “crab butter.” It’s rich and it’s fatty and my grandmother would pitch a fit if you threw it out, which is what most people do. This kind of “crab butter” might be yellow or blackish, even reddish if the crab’s inner shell is more developed. I’m talking about the new shell that is forming inside the crab to become the new exoskeleton. It’s the meat that clings to the carapace when you pull the shell off, and it’s meaty and delicious. Truthfully, you can probably scrape four to five succulent ounces out of each crab.

Growing up, my mother made a stir-fried crab with green onion, ginger, and garlic. It was delicious. If I could, I’d eat crab simply boiled and dipped in a spicy/sour sauce with chili, garlic, fish sauce, lime, and cilantro. It’s a Lao thing to do—dip your crab in that kind of spicy/sour sauce—but there’s always the traditional butter sauce, too. The easiest thing to do to crab is boil it and serve. Make sure to do is not under cook your crab, or it will release an enzyme that deteriorates the meat and it turns it black. Overcook it, it will be very dry and stick to the shell and be very hard to eat. And then, nobody wins.

Chef Varin’s Crab Boiling Advice:
Bring water to a boil.
Salt water so liberally that it tastes like the ocean.
Drop crab in pot (shell side down is easiest) and boil for 12-16 minutes, timing it after the water returns to a boil.
Remove crab from water and shock in ice water. (I feel like the ice water helps to loosen the meat away from the shell making it easier to pick at the meat.)

For more information on catching and cleaning crabs visit http://wdfw.wa.gov/fishing/shellfish/crab/clean_prepare.html