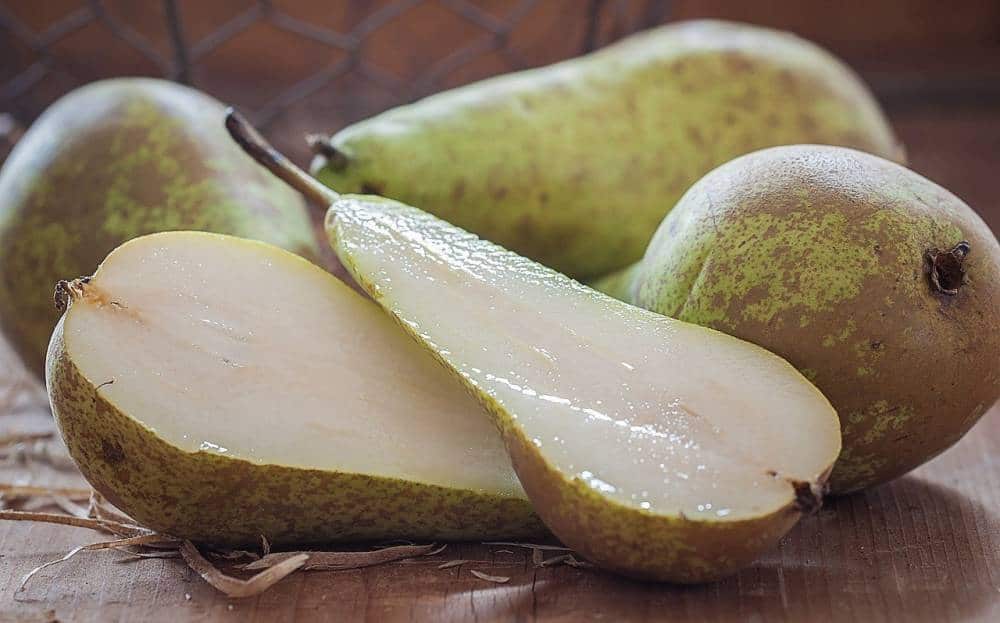 Perfectly Preserved: Pear Cocktails (and Mocktails) Save the Season

With the bounty of summer slowly fading in the Pacific Northwest, Heartwood Provisions bartender Michael Cadden is preserving up a storm. With cherries on our heels, and peaches and nectarines just coming to an end, he hustles to turn stone fruit to syrups and jams that mix nicely into cocktails and mocktails and shrubs.

“Preserving is a craft that’s been around for a few hundred years, and only about a third of that time has it had modern refrigeration,” says Cadden. “An old-school way of preserving was to make syrups, to candy the fruit a bit, and also to make shrubs. So, we utilize syrup in shrubs—drinking vinegars—quite a bit.”

While Cadden and team make use of cherries, rhubarb, and strawberries, for syrups, they also utilize what remains of the fruit after turning it into syrup. Leftover strawberries that have essentially been candied, for example, get turned into garnishes and also made into a house jam.

Now, though, as fall comes on, Cadden is turning toward pears. He’s making syrup from the fruit and using it in a host of pear cocktails, mocktails, and shrubs at our downtown Seattle restaurant. He’s also happily sharing his process.

Here’s Cadden’s technique for making the pear syrup we use around the bar, and how to incorporate it into a drink. Keep some on hand: these pear cocktails and mocktails will remind you of summer long after fall has arrived.

Weigh out fruit and combine with an equal amount of sugar. In this case, Cadden might suggest a darker sugar, such as Demerara. Vacuum seal with food saver or place in a plastic bag or tupperware and leave to macerate.

After one week, check the resulting syrup. If it needs a deeper flavor or color, reseal and let rest for another week. Strain syrup from fruit, setting aside any especially pretty candied pears which can be refrigerated and used later as a garnish.

Pear syrup like this might be added to a shrub—where the acid serves as an additional preservative. The shrub then can be used in a cocktail or a mocktail.

The Peary: A Pear Cocktail

1.5 oz rye, Armagnac or Rhum Agricole or any preferred booze, except vodka*

.75 oz Pear Shrub
.5 oz fresh lemon or lime (nothing bottled, always fresh)
.25 oz maple syrup or a simple syrup made from Demerara sugar
3 dashes Fee Bros. Old Fashioned Barrel Aged Bitters or any aromatic bitters
*For this drink, we frown upon vodka because it doesn’t bring anything to the game in terms of flavor and will unbalance the cocktail.

Combine all ingredients in a cocktail tin and shake. Double strain through a cocktail strainer and a fine strain into a cocktail glass. Garnish with the candied pears created from the shrub and top with grated cinnamon and nutmeg.

Shake and serve on the rocks