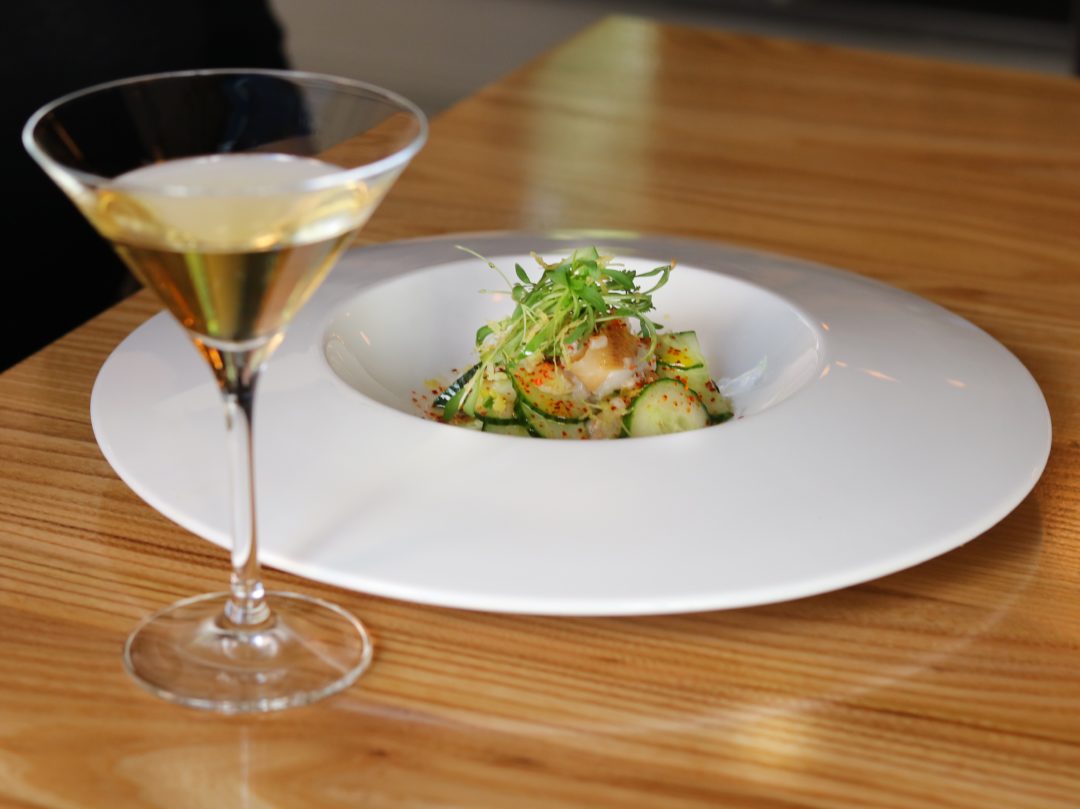 Ode to the Geoduck

The mighty geoduck (goey-duck or güēˌdək) is seriously a Pacific Northwest thing. In fact, the giant mollusk, with its very phallic syphon, is native only to the West Coast. Here, the clam’s shell may grow to nearly eight inches in length; its giant meaty neck has been known to grow in excess of three feet.

Three feet. That’s a lot of meaty deliciousness on the shell.

Chef Varin Keokitvon tries to get out geoduck hunting once or twice a year, although that’s mostly for the adventure and fun of it. He does love to eat and cook them, too.

“They’re delicious,” says Chef Varin. “For me, it’s such a unique creature. It’s so sweet when just blanched and served raw. It’s incredible.”

Here at Heartwood Provisions, geoduck are back in season and on the menu and we’re serving them crudo style—with lemongrass, cucumber, cilantro, and esplette pepper.

As for those who want to DIY, Chef Varin recommends getting to the beach early, about an hour before low tide, which is when the clams start spitting. Any later, and the tide will be coming in, and you’ll have lost your chance. Then, be prepared to dig. One geoduck can bury itself four feet in the sand, and take 20 minutes to dig out.

As for preparation advice, Chef Varin recommends a light blanch to pop the clam from its shell (as in this YouTube video by Seattleite and Good Fish author, Becky Selengut). Once the meat is free and clear, slice it thin before serving.