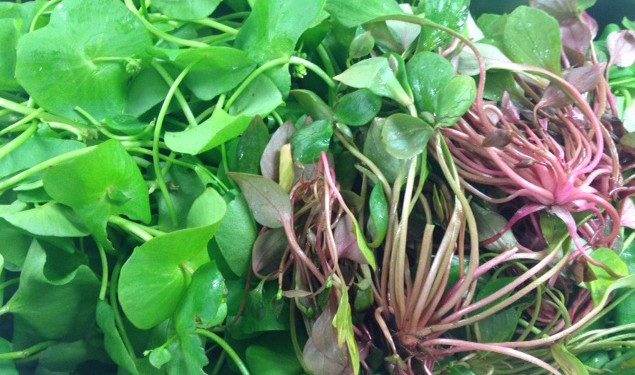 This Just In: Miner’s Lettuce Has Arrived

Spring is here, and with it comes a cornucopia of wild edibles. One of the first to arrive is the oval-faced Miner’s lettuce. With its broad leaf nodding at the end of a slender stem, the native plant loves just barely wet landscapes. In Washington it can be found growing in sandy soil, forests, thickets, and meadows, as well as in river silt, rock crevices, and even scree.

While the Cowlitz and Snohomish used it in a hair wash, the Quileute used the stems as an eyewash, and the Skagit used a miner’s lettuce infusion for sore throats. In our downtown Seattle restaurant, we add it to salads and seafood. Fundamentally, we love it for the freshness it adds to many spring dishes. 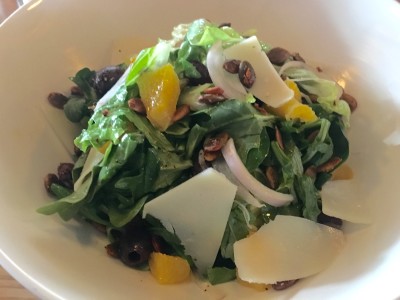 Miner’s lettuce works well with seafood, which is how we began using it earlier this month. First, we roast a fat scallop in our Woodstone hearth oven, and then we serve it alongside a sprouted lentil salad with sea beans and Meyer lemon vinaigrette. At the end, we garnish the scallops with a healthy dose of red and fresh green miner’s lettuce. 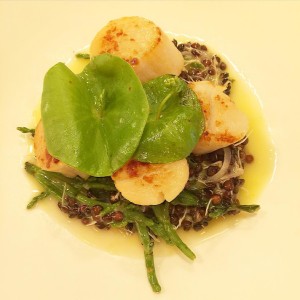 Thanks Flight Attendant Foodie for this shot.

“We like to think that the earthiness of the miner’s lettuce and sprouted lentils pairs well with the scallops,” says Chef Varin Keokitvon.

Of course, Miner’s lettuce is just the first of the wild edibles headed our way. Delicacies such as morels will be popping up on Heartwood plates in the not too distant future.