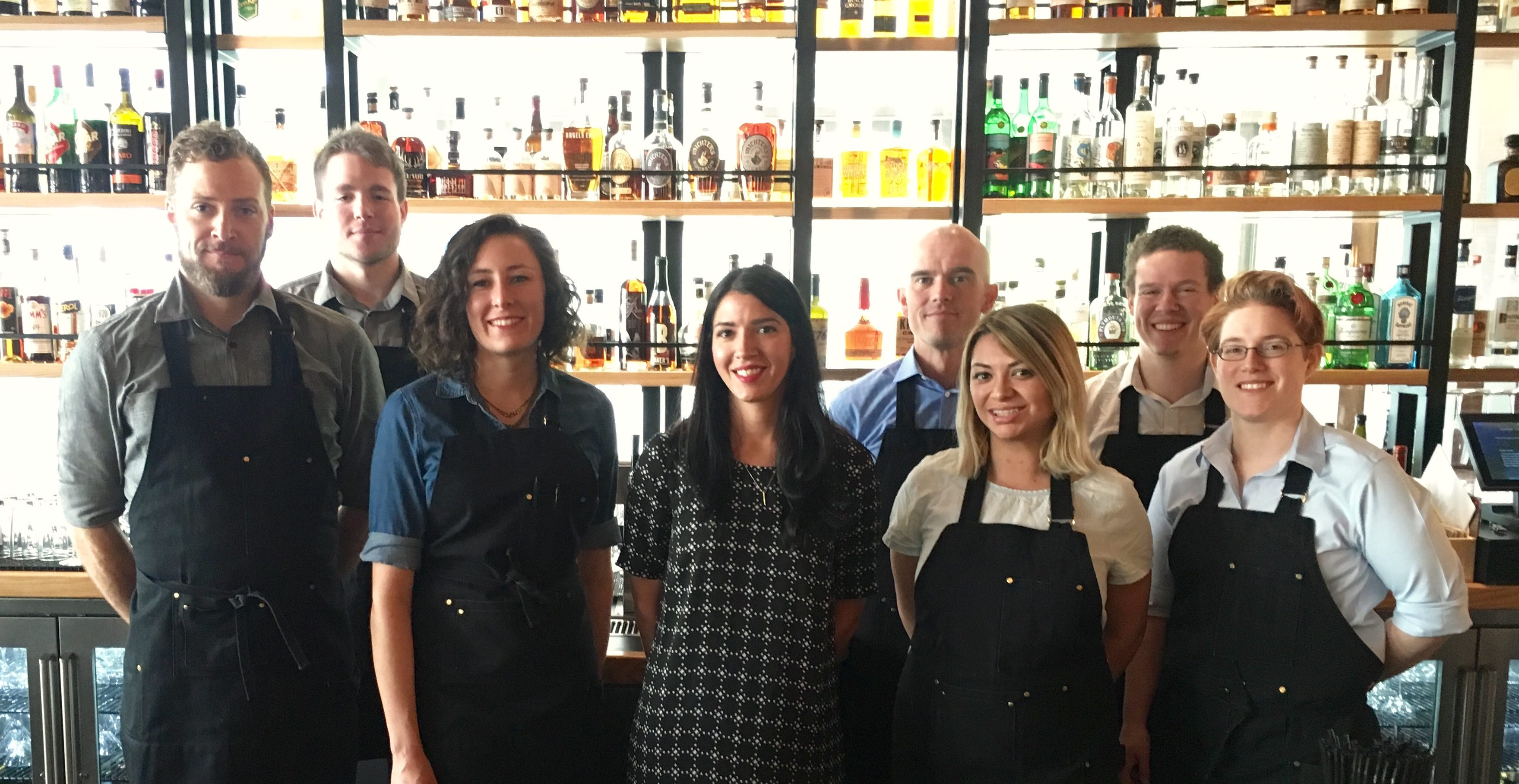 Beverage Director Amanda Reed may be the force behind the incredible, unique pairing program at the core of Heartwood Provisions, but it’s the bar team that makes her ideas shine. To get to know the men and women who are shaking things up we sat down for a Q&A with bartenders Elias Shyne, Matt Collette, Bridget Maloney, Joe Denhalter, Courtney Randall, Aubry Robinson and Greg Jago, 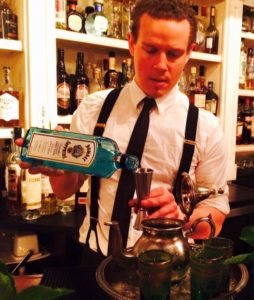 What do you find most enjoyable about bartending?
Providing an experience for guests where I have an opportunity to give their food and drink a sense of place, especially in the context of a bar, because I get to have fun doing it.

What sets working at Heartwood apart?
The fact that we get to make cocktails that are paired with the food is amazing. It opens up a whole new world of delicious juice to enjoy with your meal. Each ingredient came from somewhere, was made by someone. Having the opportunity to highlight those ingredients is incredibly exciting for me.

What was the first bar you called home?
The first bar I went to in Seattle was The Hideout on First Hill. No pretension whatsoever. This bar has substance. The art on the walls is beautiful. The drinks are delicious. It’s everything I want in a neighborhood bar.

Who have you learned from, or who has had an influence on your career?
Actually the first bar I worked at in Seattle was The Hideout, where I got to learn from incredible bartenders such as Kristin Naranjo, George Englestad, Peter Christensen, and Sarah Fisher. They taught me to have fun and to be true to myself behind the bar while still being professional.
I first had the opportunity to learn from our very own Amanda Reed at Tavern Law. She taught me how to make cocktails and that it’s always about humility behind the bar. Then, I then got the chance to work at Rob Roy in Belltown, where I learned so much about hospitality from the amazing Anu Apte. She gave me the opportunity to hone my craft at her bar, and to work with some incredible bartenders, such Chris Elford and Brady Sprouse, who still inspire me to always keep learning. I’m so grateful to all of them.

BTW, good luck, Elias Shyne! We know you were one of just 40 people (out of 650 applicants) to be named an apprentice in the Cocktail Apprentice Program at this year’s Tales of the Cocktail. We know you’ll be busy learning from the masters—when you’re not batching and serving some of the 365,000 to 400,000 cocktails that will be poured over the four days—but we can’t wait to hear your own tales when you return. 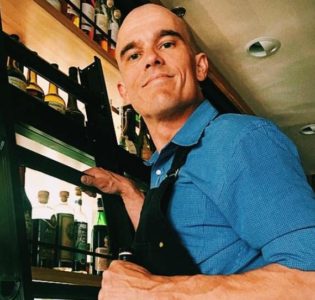 What was the first bar you called home?
I think of a ‘home’ bar as where you work currently, so Heartwood would be my ‘home’ bar at the moment.

Who have you learned from, or who has had an influence on your career?
Erik Carlson, Tyler Stammon and Ryan Lobe were my mentors for cocktail-focused bartending.

Where might we find you having drinks in Seattle?
Ed’s Kauft Hause 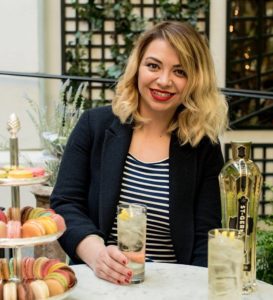 What do you find most enjoyable about bartending?
So many things! Being able to interact with customers and meet people from all walks of life… being part of an environment where I get to be creative. There’s so much education that is all incredibly enthralling. Bartending has allowed me to travel and have a job wherever I move. It has connected me with people across the United States.

You won the 2016 Northwest Tequila Cocktail Competition, and now you’re going on an all-expenses trip to Mexico. Congrats! Why did you enter?
Who doesn’t want to win a trip to Mexico to learn about tequila?!

Was the competition intimidating?
Yes! There are so many talented bartenders in Seattle. Everyone over the past couple years has really stepped up their game. Competitions are much more intense than what they used to be. It was very intimidating knowing who* I was up against.

*Maloney is being humble. In actuality there were a LOT of entries, which were narrowed to just five, and those five bartenders got to make their cocktail for the judges.

Your winning cocktail is the called the Taichung Tea. What is it, and how did you come up with the recipe?
The Taichung Tea is an adult bubble tea style cocktail made with Don Julio Blanco. I knew I wanted to work with matcha tea. It’s such a different ingredient that contributes a unique color and flavor. I then wanted to play around with those colors, so I picked out some fun glassware, a large pink bubble tea straw, an orchid for garnish, and white tapioca boba balls which I soaked in a cinnamon simple syrup. I used coconut milk and coconut cream, and some lime juice to provide balance. Last, for depth I added Bittermens Mole Bitters. It added nice chocolaty rich flavors along with some spiced notes that you might find in something like horchata. I wanted to make something tropical, fun, approachable and reminiscent of the kind of bubble tea drinks I would have when I was younger.

Where might we find you having drinks in Seattle?
Canon, Witness, Bastille or The Smoke Shop. 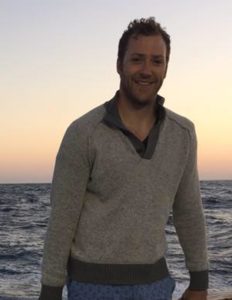 What do you find most enjoyable about bartending?
What I find most enjoyable about bartending is providing an experience for the guest. The pleasure and satisfaction obtained from eating and imbibing isn’t rivaled in too many places. To guide a guest to something delicious and to accurately give them the experience they are looking for (or better) puts a smile on my face.

Who have you learned from, or who has had an influence on your career?
I was turned on to craft bartending by my good friend Philip Trickey. At the time, he was working at Rob Roy, a great cocktail bar in Belltown. He encouraged me to move to Seattle and try my hand at the scene. I was fortunate to cross paths with Greg West (Bourbon and Branch, SF), whose enthusiasm was contagious. Fortune smiled upon me again when I was able to work under Amanda Reed at Tavern Law. Her knowledge, passion and sincerity was refreshing then, and continues to be now.

Where might we find you having drinks in Seattle?
All over! But some favorites are: The Hideout, Rob Roy, Holy Mountain, Fremont Brewing, Sun Liquor, Jarr Bar… Should I keep going? There always seems to be a someplace new to check out, and I try to stay abreast of new places. 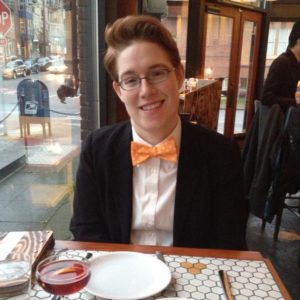 What was the first bar you called home?
The first time I felt like I was part of a bar family was when I was at The Tin Table.

Who have you learned from, or who has had an influence on your career?
I have learned things from every person I have worked with. It would be hard to pick only a few when so many people have played important roles in my bar career.

Where might we find you having drinks in Seattle?
Although I tend to visit bartenders all over town, I can usually be found enjoying my off hours at The Hideout. 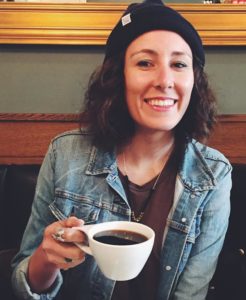 What sets working at Heartwood apart?
This has been the first bar where I get to work alongside some people who really care to be here; it’s refreshing. Also, a few of us have some competitiveness that makes work really fun. Don’t be an enemy of quality!

Speaking of competition… you were one of only five bartenders make it to the final phase of the Northwest Tequila Fest cocktail competition. Congrats! How was it?
Tequila Fest was the first competition I had entered, so I was shocked that I made the finals. I wasn’t intimidated until the day of the competition but I had a lot of support that contributed to keeping cool. It was a great experience and I learned a lot.

What was the drink you created?
My drink was called “La Frutera” and it consisted of Don Julio blanco, Guava honey mix, lime juice, Ancho Reyes chile liqueur, and the grappa-based Amaro Nonino Quintessentia.

What do you find most enjoyable about bartending?
There is constant change, giving me opportunity to learn with every new situation. 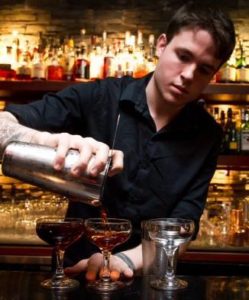 What do you find most enjoyable about bartending?
I love being able to interact with a wide range of people on a daily basis. The random things I have learned from talking to people about their professions, hobbies, and their interests is amazing.

What sets working at Heartwood apart?
Having such a large space to fill requires everyone to be flexible with his or her role. You can’t just focus on your station; instead, you need to focus on the immediate needs of the guests and staff around you. Everyone here functions as a team, and the restaurant is better for it.

What was the first bar you called home?
The first bar I ever worked at full time was Ba Bar with Ricky Agustin and Jon Christiansen. I owe everything to those two gentlemen for taking me under their wings and showing me the ropes.

Who have you learned from, or who has had an influence on your career?
Anu Apte has been the biggest influence on my hospitality career. She always stresses that the details matter, and that excellence is a habit, not a coincidence.