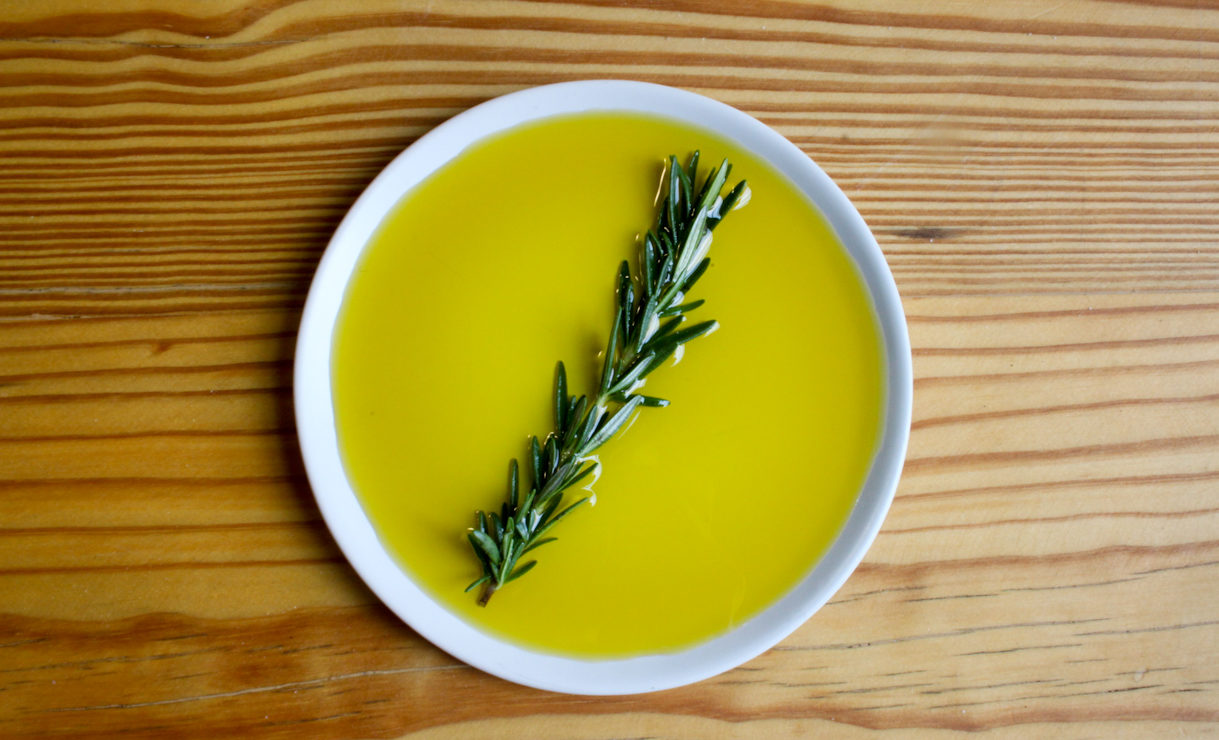 It’s not just for salads anymore. At Heartwood Provisions we cook with it, we dress with it, we even finish with it. Extra-virgin olive oil is the highest quality olive oil you can buy. It’s unrefined, which means it hasn’t been altered by heat or chemicals, it has more of the olive taste than other olive oils, and it’s typically the finest and fruitiest of the bunch. While EVO has more natural nutrients than regular olive oil, it also has the lowest level of oleic acid—a naturally occurring unsaturated fatty acid. And, it burns at lower heat than refined olive oils. And while we may blend our extra virgin olive oil with something less austere for cooking—so it doesn’t burn—that EVO is our workhorse. 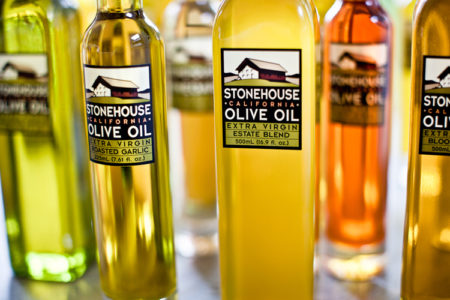 Olive oils come in different flavors, a feature which Chef Varin Keokitvon takes liberal advantage of. Take, for example, the arbequina olive oil, from Spain, that we use. Arbequina is a cultivar of olive, and that olive is most often used for making olive oil.

“We like the fruit quality of that oil. It’s very fruity and it changes the dish,” says Chef Varin. “It’s crazy how it changes a dish. For example, take some good vanilla ice cream—which is delicious on its own—and pour some arbequina olive oil on it and it changes it the ice cream. It makes it fruity and amazing.”

In addition to cooking with olive oil and using it in dressings and drizzles, at Heartwood we also use specific olive oils for finishing. For our pork belly and scallop dishes we use a picual olive oil, which has a slightly grassy flavor.

For the scallop—which is served with green apple, which balances the sweetness in the scallop—the grassiness of picual oil matches the grassiness of the apple. As for the pork belly, which is served with English peas, Chef Varin put the olive oil to a unique use here. As he began developing the pork belly recipe, he realized he didn’t want to throw away the English pea shells. So he juiced them, noted their grassy flavor, and added the picual. He then turned the oil- and shell-juice into a foam, which is served atop the pork. 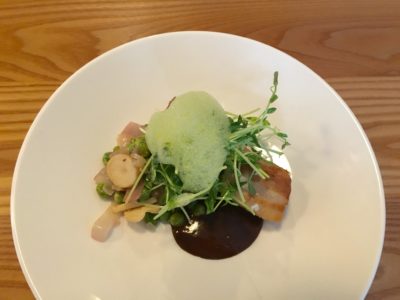 Chef Varin lets nothing go to waste it seems, and that includes his olive oil. Rancid olive oil will ruin a dish in a heartbeat. How do you know if your oil is rancid? “You can smell it. It’s funky, not right. You know it,” says Chef Varin. To protect your oil at home he advises keeping it covered and out of the light. Other advice? Next time you’re shopping for specialty olive oil take a bit home and pour it over a scoop of good vanilla ice cream. Not only will the pairing highlight the quality of the oil, it will reveal the olive oil’s flavor structure.