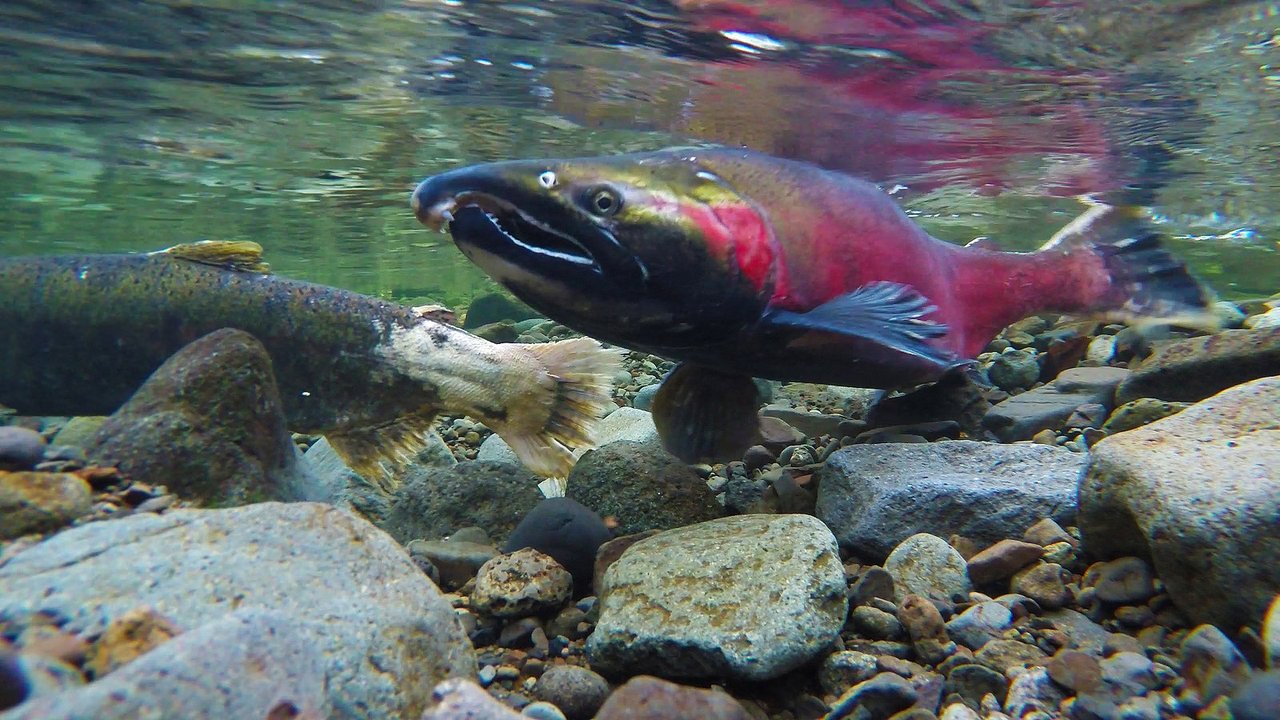 This Just In: Copper River Salmon

Salmon may be loved all over the world, but no fresh-fish season is so anticipated as Copper River salmon season in the Pacific Northwest.

Every year, beginning around May, school upon school of salmon begin turning from the Pacific Ocean toward Alaska’s Copper River. Over a five month span some 2 million king, sockeye, and coho salmon will journey up the glacial, 290-mile-long Copper River to spawn. First come the kings—or Chinook salmon—which begin arriving mid- to late-May. Next up are sockeye, which run May through August. With their deep color, Copper River sockeye (red salmon) are sent to restaurants fresh while in season. Finally, those 12-pound, utterly grill-able coho arrive briefly from late August through September.

In the Pacific Northwest, king salmon excites everyone, because it marks the arrival of salmon season. Kings are typically the first Copper River salmon to hit local menus and can only be found during a brief May-to-June season. Given our proximity to Alaska, the king salmon that land on our plates are about as fresh as fish can be. In fact, kings are rarely—if ever—frozen for the off-season. Weighing in around 20 pounds (although some have been known to reach 50 pounds) Chinook are renown for their robust flavor and for being rich in omega-3 fatty acids.

With the start of Copper River salmon season now upon us, most chefs may be dreaming of a fillet and a cedar plank. Chef Varin Keokitvon, however, is taking a different angle. He’s planning to roast Chinook salmon heads and collars.

“Everyone focuses on the fillet, which is wonderful, but my favorite cuts are actually the head and collar,” says Chef Varin. “The collar is the juiciest part of the fish, while the cheeks on the head are magical.”

Of course, not every guest will be so lucky as to catch a Chinook around the gills. For those who want to DIY, Chef Varin offers this recipe: 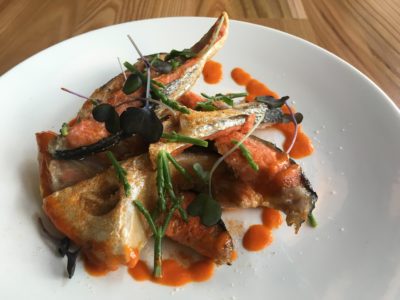 2 Salmon heads or collars*
Salt
Any spices you like (pimenton, peppercorn, garlic, etc.)

Split the head down the middle with a knife. Season with salt and spices. Roast in 350-400F oven until desired thoroughly cooked. We like to cook it until the skin starts to blacken slightly. Serve alongside garlic herb vinaigrette dipping sauce.

Combine all ingredients and whisk.

*Can’t find heads or collars on your grocery shelf? Visit your favorite fishmonger (like Wild Salmon Seafood Market) at Fisherman’s Terminal or any of the purveyors at Pike Place Market first thing in the morning and ask them to save some heads and collars for you.