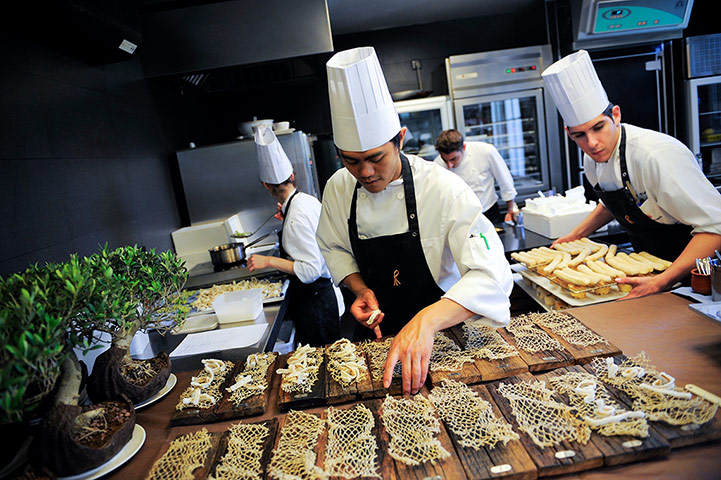 At Heartwood Provisions inspiration comes from a host of sources: what’s in season, what the season makes us yearn for, and a lifetime of experiences.

For Chef Varin, who was born in Laos, raised in the U.S., and cut his culinary teeth at local restaurants in Seattle, this experience includes a cooking scholarship in the Mediterranean. In 2011 he was one of 22 chefs to win an ICEX culinary prize from the Spanish government, which allowed him to spend nine months in Spain.

While there, Chef Varin and the other scholarship awardees studied the language, culture, Spanish food, wine, products and cuisine. They then applied that knowledge by working in restaurants. Thanks to Chef Varin’s pastry background, he was lucky to be selected to train at El Celler de Can Roca—dubbed the best restaurant in the world by San Pellegrino—and Espai Sucre, the world’s first dessert-based restaurant. Chef Varin tells us about it: 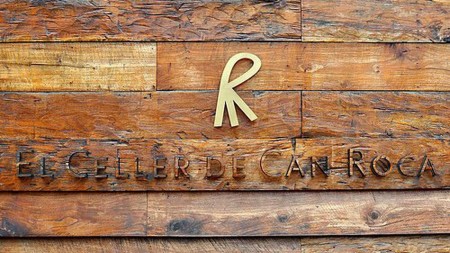 Chef Varin: It was a very enriching experience, and one I will never be able to repay. I fell in love with the beautiful Spanish products, such as calcots and Jamon Iberico—the cured Spanish ham made from black Iberian pig.

There was so much to absorb, and so much I have since begun integrating into my repertoire, such as sobrasada de Mallorca, a spreadable chorizo style sausage, and fideua, a seafood dish similar to paella but with noodles. And, there was the black sausage, morcilla de burgos, and of course gin and tonics and the regional beer Estrella Damm. I really hope to showcase some of those wonderful flavors here at Heartwood Provisions—albeit mostly for my own indulgence.

At Espai Sucre—which is a school as well as a dessert restaurant—we got to see how new dishes would be created in concept and then executed in the restaurant. I discovered a lot about the balance between savory and sweet, and had the opportunity to work with a lot of unusual products; such as smoked tea and tonka bean. I am thankful for the a wide variety of modern techniques I learned there.

I’ll bring a few tricks I learned in Spain to Heartwood, too. There was one dish that we created at El Celler de Can Roca—a blown sugar sphere filled with espuma (foam/mousse) and ice cream—that served as inspiration for a dish that will be appearing on the Heartwood menu. Our first menu will feature a take on key lime pie: a key lime foam will be filled into a blown sugar sphere along with crème fraiche ice cream and graham cracker streusel. For me, this dish represents both my El Celler de Can Roca and my Espai Sucre experiences, but with a very all-American twist. 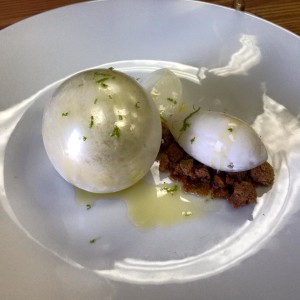