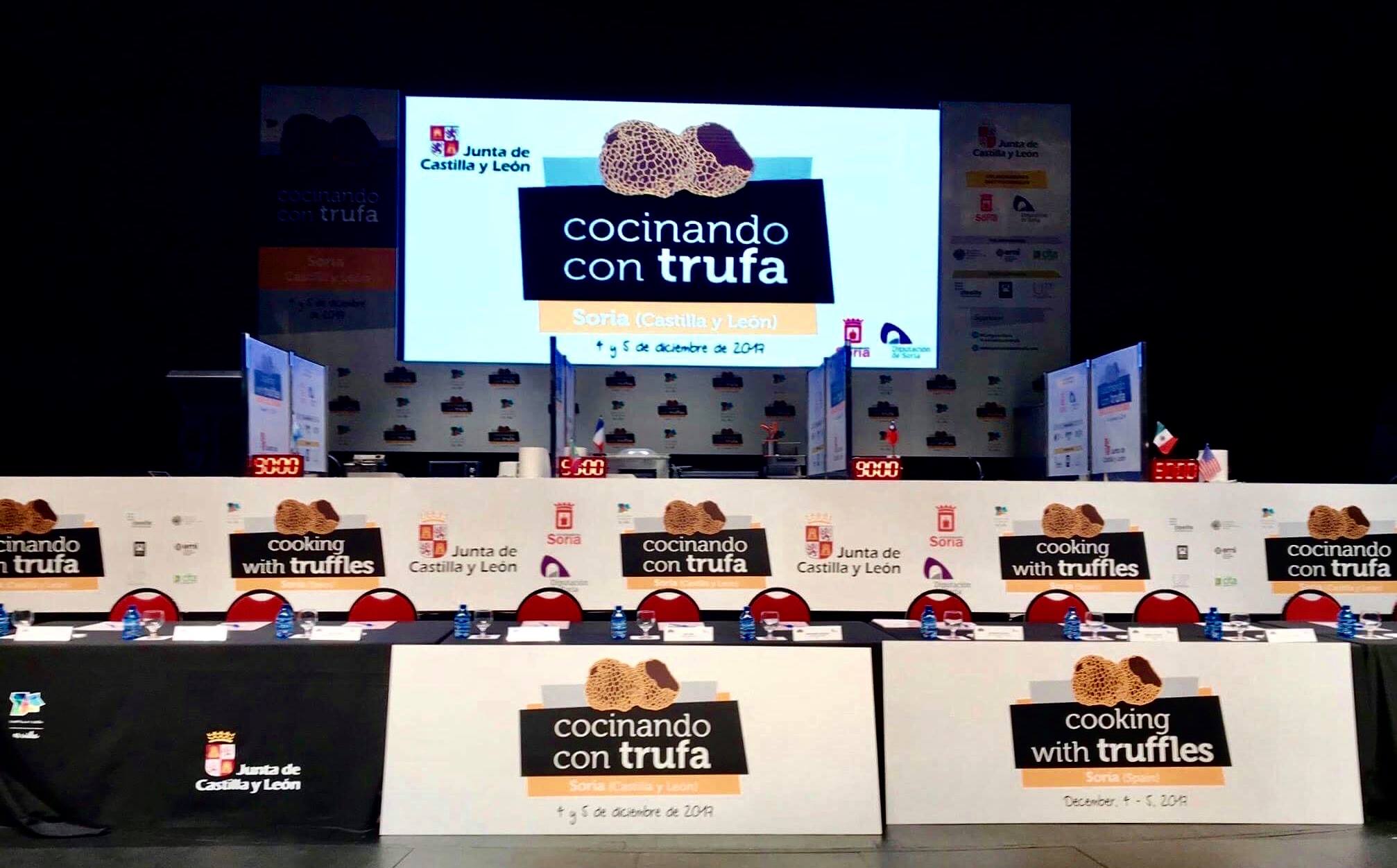 Cooking with Truffle, Chef Varin Returns to Spain to Compete 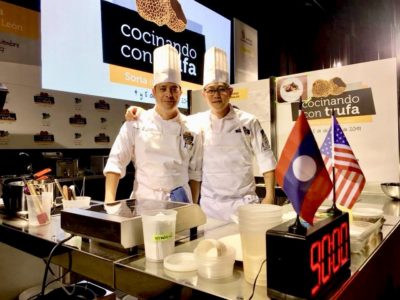 Heartwood Provision’s Chef Varin Keokitvon is always up for an adventure. Laotian by birth; a Seattleite by upbringing, his culinary prowess crosses cultures and he loves a good culinary challenge. For instance, when he heard about Spain’s Cocinando con Trufa —the international cooking contest for cooking with truffles—he had to enter

To be considered, every contestant first had to submit two of their own truffle recipes—a hot and a cold dish—along with pictures. The judges would then narrow the field from about one hundred contestants down to just 15 chef teams—each team was to be made up of a professional chef and an apprentice. The finalists would travel to Soria, Spain, to cook their truffle dishes for a 12-person culinary jury which consisted of notable chefs such as Disfrutars Oriol Castro and Maido’s Mitsuharu Tsumura.

It’s clear Chef Varin worked hard to build an amazing truffle recipe. For the cold dish, he poached scallops—very slightly—in a dashi-based truffle broth. To this, he added a pan-fried oyster, truffle gelee, shaved truffle, golden raisins cooked in sherry, and maitake mushroom chips. The entire dish was then finished at the table with a chilled truffle broth.

After practicing the truffle recipes a few times, and honing both the ingredients and presentation of each, he and apprentice Guillermo Carreno Morales, a Seattle Culinary Academy student, sent off the recipes and pictures—and waited. It was about a month before the December competition that the team got the news they had made the cut.

Getting to Spain was one thing, making a run at the competition would be another. Knowing they’d have just 90 minutes to prep, cook, and plate their hot dish, the team trained four times over the month. When it came to the hot dish, Chef Varin knew that most teams would be fussing over presentation, and he wanted to eliminate worries about prep and plating for their team. Instead, he wanted them to be laser-focused on the food. To master that, the team practiced not only the cooking but also the prep work. They even practiced packing, since they planned to take their own ingredients, their beloved knives, as well as aprons, wood chips for smoking, and even their own rubber gloves, with them to Spain.

“You win at home, not in the competition,” says Chef Varin.

If they had a secret ingredient, it wasn’t a spice. Rather, it was visual cueing: The team was the only one to have pictures of every stage of their dish at their cooking station. This eliminated the possibility of missing an ingredient or having to remember how they expected the duck to look on the plate, for example.

That home work paid off. The team was one of only five to advance to the finals. And, while Italy took home the gold (does living in a truffle-producing region make for a home court advantage?) Heartwood Provisions couldn’t be prouder of its own fanatical chef.
Not that this will be the end of Chef Varin’s run for the gold: Up next, he’ll be throwing down the cleaver at Lamb Jam in Seattle on June 24th.