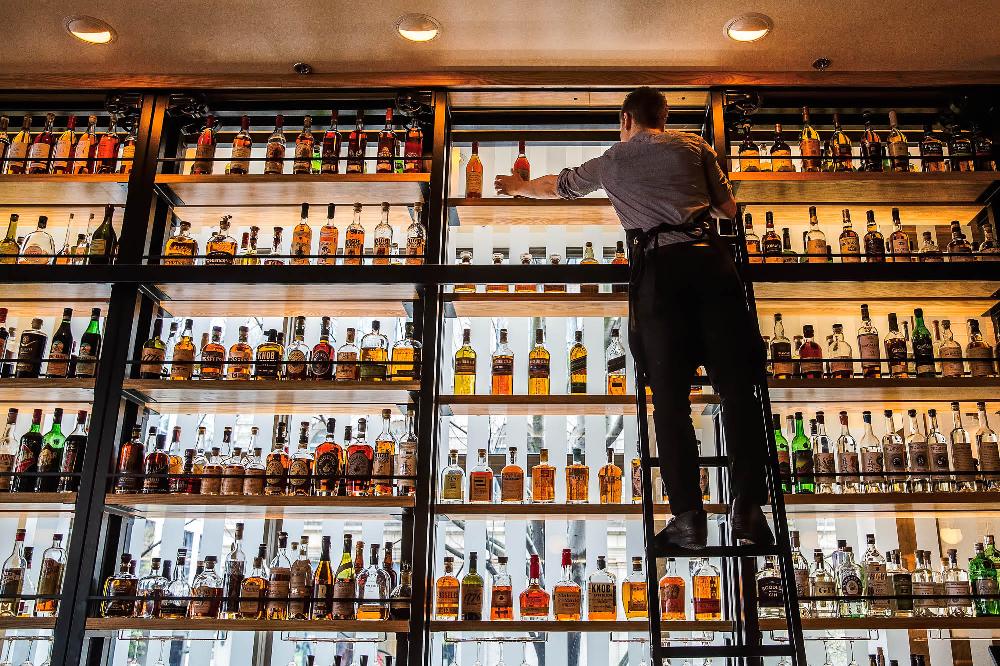 Coast to Cask: Getting to Know Scotch

It’s bold and it’s briny, or it’s smooth and it’s grassy, or it’s a riot of campfire and a hint of the sea all in a glass. It’s Scotch and, like bourbon, Irish whiskey, Dickel and Daniels, it’s whisk(e)y.

What makes Scotch unique in the whisk(e)y family are the rules around its distillation. Scotch is made from malted barley, grain, or a combination of both. To be considered Scotch the whisky must be aged for at least three years in oak, in Scotland. Grain whisky is distilled in a continuous still, may contain multiple grains including barley, wheat, and rye; and is typically aged six to eight years. Single Malt Scotch was the original Scotch, and is still the highest quality and most celebrated of the category. Single Malts are made from 100 percent malted barley and pot stilled. They are often distilled using premium local water sources, then aged in oak for a minimum of three years. 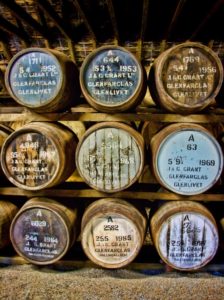 From Barley to Barrels: Making Scotch

To make scotch, barley is first malted—or steeped in water and germinated—then dried in a kiln, with peat typically used to fuel the fire. It’s this peat—and its smoke—that gives Scotch its distinctive smokiness. The malt is then mashed and mixed with hot water to create a sugary liquid known as wort. The wort gets fermented with yeast to turn into alcohol and create a liquid of about 8 percent alcohol by volume. Known as a “wash”, this liquid is then distilled before going into oak casks.

“I am fascinated by how Scotch matures and the how the flavors are influenced by a combination of oak and geography” says Heartwood Provisions Beverage Director Amanda Reed. “In Scotland, they primarily age whisky in used bourbon barrels. The process of aging Scotch is slow and steady, compared to American whiskey. Not only are they using previously used barrels, but the climate is much cooler and damper compared to the largest producing regions of whiskey in the U.S.”

The typical names associated with Scotch—Highland, Lowland, Speyside, Campbeltown, and Islay—refer to the region where the whisky was made.

Draw a line across Scotland from Greenrock to Dundee. Lowlands Scotch comes from the south of that line; Highlands from the north it. Lowlands tend to be gentler and lighter; Highlands, rounder and brighter. Islay whisky is full of smoke and peat.

Geography and environment influence the character of the whiskies from each area too. Geographically located within Highland, the Speyside region is bordered by the River Spey and the North Sea, and the whisky here is noted for elegance and complexity. The terroir of the place may come from the fact that the waters here flow over granite hills and through peat moors, and the resulting Scotch tends to exhibit a combination of fruit and earth.

Because oak barrels are susceptible to absorbing outside influences, the environment can also impart a local flavor on a Scotch. “The climate penetrates through the cask’s pores, which explains how you get so much salinity in an island Scotch,” says Reed.

Think, for example, of Scotches from Islay and Campbeltown. Islay, a 25-mile-long island off Scotland’s west coast, gets lashed by Atlantic storms, and sea spray regularly blows across the island. The resulting Scotch tends to be pungent and powerful and ripe with brininess and smoke. On the western fringe of Scotland, Campbeltown is home to only eight distilleries, but is known for Scotch with robust character with the tang of the sea.

A Few of Our Favorite Things

“Experimental cask aging is another fascinating process that makes Scotch so variable,” says Reed. “The laws do not regulate the type of casks that can be used to age or finish the whisky. These days, casks that once held fortified wine or other types of spirits are even being used to impart their own nuances and flavors.”

“I’m particular to a few Speysides,” says Beverage Director Amanda Reed. “The Glenfarclas 17 Year, with its notes of ripe apricot and peach, hazelnuts, sandalwood, and white pepper on the nose, for example. On the palate are more nutty, sherry notes, with a hint of ginger. It has lots of delicate flavors with a long finish.”

Reed’s other faves include the Glenrothes Sherry Cask, which has notes of smoked butterscotch, Marcona almonds, dried leather, and clove followed by a rich palate with notes of cocoa, toasted nuts and baking spices. While it’s bright up front, it has a spicy finish. She’s also a fan of the complex Benrinnes 21 Year, with its notes of salted caramel, yellow apple, toasted hazelnuts, brine. This one, says Reed, is distinguished by its viscous texture and notes of smoke and black pepper on the palate.

Experimentation and intriguing flavors are a couple of reasons why Reed is constantly seeking out new Scotch. From Campbeltown to whiskies aged in sherry barrels, we love Scotch so thoroughly that we have a full 65 on the menu—enough to explore the country and its eponymous whisky from cask to coast.