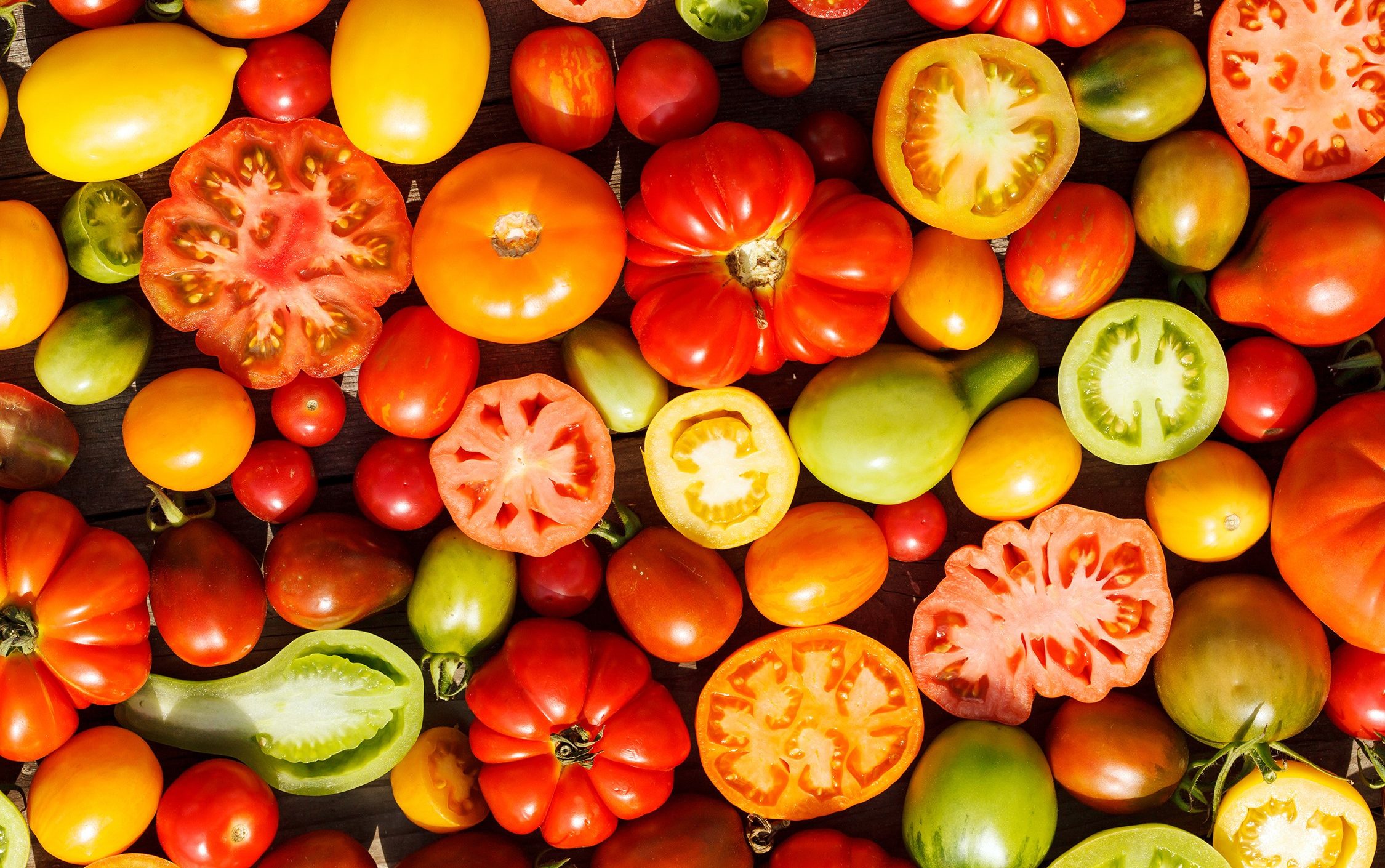 Backstory: The Case for Heirloom Tomatoes

Tomatoes. Sauce never had it so good. Nor, for that matter, did salads or gazpacho. Especially given the beauty that is a fresh-off-the vine heirloom tomato.

Take a look at the menu and it may be obvious: Chef Varin Keokitvon is a fan of tomatoes, and especially when it’s an heirloom tomato. What’s the difference? While the first clue might be in appearance—heirloom tomatoes are better known for their knots and knuckles than being perfectly globular—the real difference is more than skin deep. It’s in the genes. Only tomatoes grown from seeds passed down through generations, or gardener-to-gardener, can be called heirloom. Heirloom tomatoes are inherently also open-pollinated, IE: pollinated by birds and bees.

Alternately, GMO tomatoes are made in labs, while hybrids (think the Beefsteak, the Roma, and the Juliet) are the result of crossbreeding two different cultivars to create more desirable plant. While crossing two or more varieties of tomato to get certain features from each has benefits, such as quicker ripening and more shelf stability, it also sometimes sacrifices flavor.

“When you go to a grocery store you see Beefsteaks, Romas, Sun Golds, for example, and a lot those can be very tasteless,” says Chef Varin. “The heirlooms are, for me, super sweet,” says Chef Varin. “They seem to be lower acid when they come from east of the mountains, where the temperature doesn’t dip below 70 degrees. Of course, there are a lot of different varieties, some higher in acid, some lower. They’re all different. Think about the green zebra, which looks nothing like the rest…They’re beautiful.”

Heirloom tomatoes benefit from so much backstory. Just name a few—the Brandywine, Green Zebra, Speckled Roman, the Hillbilly Potato—and you can’t help but wonder where they got their names, or salivate imagining the flavor.

It’s no wonder Chef Varin is such an heirloom tomato fan. And yet, if there’s one thing he won’t do to an heirloom tomato it’s cook it, which reduces and intensifies the flavor of a regular tomato. To chef, heirloom tomatoes belong in salads, in cold soups, stacked with a little basil and mozzarella and drizzled with balsamic. (Caveat: he’s not totally opposed to putting an under ripe heirloom on the grill.) 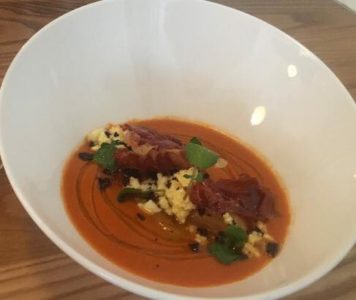 About those soups: As heirloom tomato season comes into full bloom, they’re also filling up the menu. For instance, this summer Chef Varin has plans for a salmorejo—a variation on Spain’s gazpacho, but thickened with stale bread and peppered with different accompaniments. In this case, think olives, and hardboiled eggs. Chef Varin’s salmorejo is also full of pimenton, red pepper, and olive oil, and will be topped with a tomato relish. After all, with so many colors and textures to play with, not decorating this soup with chunks of purple and yellow and green and tomatoes would be a shame.

Want to grow your own? Start at Seed Savers. Founded in 1975 with the seeds of a morning glory and a tomato plant originally brought to the U.S. from Bavaria in 1870, the exchange created a network of gardeners from which they began sourcing original seeds. Today, that collection includes more than 20,000 varieties of heirloom and plants, fruit trees, vegetables and herbs. And, while several companies have started up to sell heirloom plants and seeds to consumers, many also sell hybrid seeds which typically carry the F1 label. The seeds from the resulting plants typically cannot be saved for the next year.